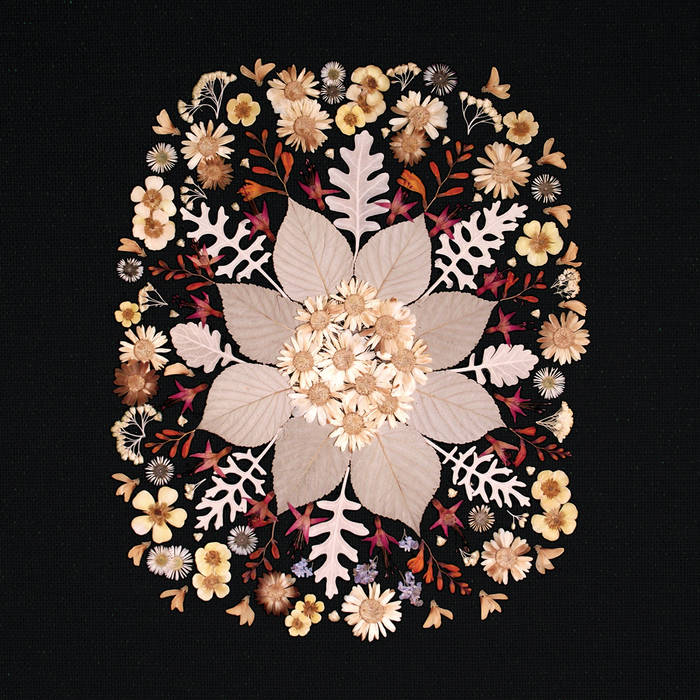 The 2nd album in a trilogy of records about grief.

This one deals with the concept of acceptance amongst other things.
I had always wanted to make a massive pop record & this was my first attempt at doing so. Even before completing Good Grief I was super eager to start on this one.

The release show was at Derby Cathedral on February 15th 2016. We had support from Haiku Salut & Richard J. Birkin & was one of the best shows of my life. (Think there's some footage knocking around somewhere!)

Mornings for writing wrongs
Afternoons for wagons of wagging tongues what wrap around each other like pythons
Evenings for sleeping
What more can one man do?

My aim
I’m sorry
Track Name: Kumquat
I’ve come to the conclusion that a lot of life is waiting around for not very much to happen.
& in a place like this, the most that one can hope for is to get started upon by some big kumquat.

First: the loneliness
Second: the motion to make it slow
Third: indecisiveness
It’s the boredom that puts people on death row
I do not know where to go

Fuck you future me; this is the best you’ll ever be
& Hell is a waiting room
& Heaven is a gated community
The only times I don’t hate myself are when I’m being a big kumquat

First: the loneliness
Second: the motion to make it slow
Third: indecisiveness
It’s the boredom that puts people on death row
I do not know where to go

From the cradle to flames
It continued seemingly on forever, endlessly & then it stopped
Y’know someday you’re going to die & the world will breathe a sigh & feel a kumquat lighter
I do not know what to tell you

First: the loneliness
Second: the motion to make it slow
Third: indecisiveness
It’s the boredom that puts fuckers on death row
I do not know where to go
Track Name: Dearth
A little something, something to cull the edging
Bending out of all proportion
Distended & mutilated
Sombre ‘n diluted

In one end, it comes out the other side; alive
Barely breaths
Slow death
No telling how it’s going to end
Well I guess that’s that
I still need it back

Up yer arse
Forgive my belligerence but fuck off you fish eyed, dead head cunting bollocks fuck!
Was it a bit much?
No hope & no remorse
Well I guess that’s enough
I love you so fucking much
Track Name: Compliance
I understand.
You needn’t expand on your answer
Enraptured
(I’m listening)

& so adrift
Lift fingertips through what we missed & what we did
(I miss it)
& I miss our time, with your own mind
You’re your own kind & you’re not mine
(You’re beautiful)

So long have I wanted to die
I must comply with quiet resign in healthy compliance
Track Name: Circadian Riddim
Kind words; how they depict us
Sharp swords
Raised & to the point
They better, better get the words to go backwards
Start emanating from a voice outside us
Why ye braving the acquaintance of a bigoted & maladjusted fuck tonne when the best that one can hope for (sure) is tantamount to a complete indifference?

Least that is what they tell me.
Least breathing everyday

Fists.
Twisted amid smoke ‘n bones
Terse word: “As long as you’re okay”
“I’m never better! I am the life & soul!”
(All the while my little heart is brea...)
“King Substance Wolf stood atop Mountain Clouds & all the while, rampaging!
Proclaim to my devoted flock something along the lines of:
‘Let’s get fucked up!’”

Before we burn up.

Kind words are better
Track Name: Destination
Say missy could you help me?
I been wandering round & I’m a little bit lost
Going off of the setting sun might account for my lack of a direction
You might just know the way
The way to my destination

Say missy does this go off road?
I been wandering round & I don’t got no home
Round and round in a circle
Lost alot in my own loneliness

Floating
Coping
Hoping you might just know the way
The way to my destination
Track Name: Gumption
I show up late for the great rollicking, bollocking what so I hear (far too clear) has been deemed to be a long time coming
Pertaining to something I done
What the ho; what the heck?
Indignation kept in check
I am bred & they breed
Information we receive through gumption tired eyes
& the winner is the first one who dies
First prize!

In innocent lies
Can barely describe

Anything you can do would be obliged
& we will try, try to keep
Keep in mind
Minding gumption tired eyes
Weak from a lifetime of bored compromise

But hey ho
What the heck? What the hell?
Indignation I can quell
Just a bit used to it
Many years of practice
One more cannot hurt
Just about what you deserve

Daylight
Daylight coming in so bright
Kept alive
Track Name: Aye!
In a mode of change one can sure show ones age
Don’t you know that you can ride & hide for as long as you like?

Will you come with me?
Don’t have to say immediately
Don’t you know that there’s the morning sun, egging us to go on & continue through the plethora of trees
Swarming of the fallen leaves that swells open to a mighty lake that shows us our age

You can run & hide for as long as you like
Don’t you know that?

Bandcamp Daily  your guide to the world of Bandcamp